A single-dose gene therapy for uveitis could fill an important treatment gap for patients.

Available treatments for noninfectious uveitis are self-limited due to their adverse event (AE) profile, creating challenges for clinicians and their patients in treating the disease. A single-dose treatment that can mediate long-term immunosuppression with a lower burden of AEs would be an important next step in treating these patients.

Brian Gilger, DVM, MS, a professor of ophthalmology at North Carolina State University in Raleigh, discussed the potential of such a treatment during his presentation at the American Society of Gene & Cell Therapy 2021 Virtual Annual Meeting.

Gilger and colleagues conducted an animal study in rats to evaluate immunomodulatory gene therapy as a long-term treatment for noninfectious uveitis. They used intravitreal adeno-associated virus (AAV) gene therapy to test the effects of 2 immunomodulatory transgenes, HLA-G and equine IL10 (eqIL10), to treat a rat model of autoimmune uveitis.

The animals were examined daily for 14 days to evaluate the effect of treatment on the degree of inflammation and to measure the aqueous humor cell counts.

In response to the intravitreal injections, from days 10 to 14 after the injections, the investigators observed a significant (P<.05) reduction in the autoimmune uveitis scores and the numbers of aqueous humor cells in the eyes that received active treatment versus control eyes treated with a saline injection. The histologic inflammatory scores also decreased significantly (P<.05) in the active-treatment eyes compared with the controls.

The results of vector genome biodistribution studies indicated that the AAV vector genomes remained in the ocular tissues; however, a very low neutralizing antibody response was elicited against the AAV capsid, Gilger reported.

Based on their results, the investigators concluded that 1 intravitreal injection of an AAV encoding an immunosuppressive transgene, either HLA-G or eqIL10, significantly reduced the clinical and histologic inflammation in a well-established model of autoimmune uveitis. They believe that the current results warrant further study of intravitreal delivery of AAV gene therapy for a single-dose treatment of noninfectious uveitis.

The article is adapted from Dr Gilger’s presentation at the American Society of Gene & Cell Therapy 2021 Virtual Annual Meeting. Gilger is a cofounder of Bedrock Therapeutics and serves as a consultant to and speaker for the company, from which he receives honorarium. 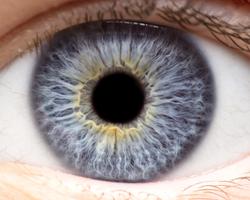 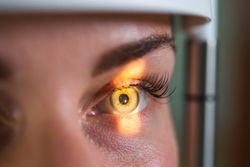