Cilta-cel for the Treatment of Multiple Myeloma: Mounzer Agha, MD

The director of the Mario Lemieux Center for Blood Cancers at UPMC Hillman Cancer Center discussed findings from the CARTITUDE studies.

This content originally appeared on our sister site, CancerNetwork®.

CancerNetwork® spoke with Mounzer Agha, MD, UPMC Hillman Cancer Center, to learn more about findings from the phase 2 CARTITUDE-2 trial (NCT04133636) and how the investigation of ciltacabtagene autoleucel (cilta-cel) in patients with multiple myeloma compares with data from CARTITUDE-1.1,2

Despite that, the overall response was very impressive at 95%. Seventy-five percent were in complete remission and 45% of those were stringent complete remissions. The goal was to see the [minimal residual disease (MRD)] negativity at 10-5. Of all the patients that were MRD valuable at 10-5 at the time of data cutoff, they were all negative. This is very impressive. It’s showing that you have a very high response rate. The responses continue to deepen over time, although we only have a 5.8-month follow-up, but the responses are still ongoing. The point of maximum response we saw on a prior study in CARTITUDE-1 was 9 months. We’re not even there and despite that, we still see an ongoing response rate.

This is extremely encouraging. It actually represents a paradigm shift in the treatment of multiple myeloma. Now we’ve shown for the first time that rather than waiting to apply this very effective therapy in advanced disease, we can start [treating] patients earlier in their disease setting as soon as they show refractoriness to standard therapy. 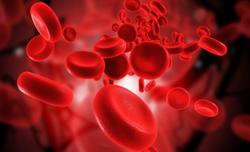 Valoctocogene Roxaparvovec’s Treatment Durability in Hemophilia A in Question