Janssen, the developer of cilta-cel, released the data ahead of an oral presentation scheduled for Tuesday, June 8, 2021.

In new data from the phase 1b/2 CARTITUDE-1 study, cilta-cel induced an overall response rate (ORR) of 97.9% with an 80.4% rate of stringent complete response (sCR), at a median follow-up of 18 months (range, 1.5-30.5). The rate of sCR was 67% in findings presented at the 2020 ASH Annual Meeting, demonstrating a deepening response over time.3

These data include results from 97 patients (median age, 61 years; 58.8% men) who received a median of 6 prior treatment regimens (range, 3-18). All patients had been exposed to an immunomodulatory agent, a proteasome inhibitor, and an anti-CD38 antibody; 42.3% were penta-drug refractory, and 99% were refractory to their most recent line of therapy. All received a single infusion of cilta-cel (target dose: 0.75×106 CAR+ viable T cells/kg) 5 to 7 days following lymphodepletion.

“The efficacy results observed in heavily pretreated patients with multiple myeloma receiving cilta-cel are remarkable,” principal investigator Saad Z. Usmani, MD, said in a news release. He is Division Chief of Plasma Cell Disorders at Levine Cancer Institute, Atrium Health. “With the possibility of achieving the progression-free-survival reported and responses deepening as observed in the longer-term follow-up, I’m hopeful that cilta-cel will be part of the armamentarium in the future for patients in need of an additional treatment option.”

Sixty-one patients were evaluable for minimal residual disease (MRD). Of those, 91.8% achieved MRD negativity status at 10-5 at a median of 1 month (range, 0.8-7.7 months) following infusion.

“Cilta-cel has a manageable safety profile consistent with its mechanism of action,” Usmani said during the presentation.

Janssen filed a marketing authorization application to the European Medicines Agency in April 2021 based on these findings. Additionally, in May 2021, the FDA granted a priority review designation to a biologics license application for cilta-cel in this indication, based on data from CARTITUDE-1. The regulatory agency is expected to make a decision on the application by November 29, 2021, under the Prescription Drug User Fee Act.

Results from cohort A (n = 20) of the phase 2 CARTITUDE-2 study (NCT04133636) of patients with multiple myeloma who progressed following 1 to 3 prior lines of therapy and who were refractory to lenalidomide (Revlimid) were presented at the 2021 ASCO Annual Meeting and will subsequently be presented at the 2021 European Hematology Association Congress. Here, investigators observed early and deep responses at a median follow-up of 5.8 months (range, 2.5-9.8).4

At the February 21 data cutoff, the ORR was 95% with 45% patients achieving a sCR and 30% with a CR. Ten percent of patients had a VGPR and 10% had a PR. The overall safety profile, including incidence of CRS and most common hematologic AEs, was consistent previous results. 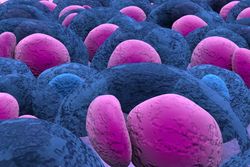