Overall response rate was 95%, including 75% of patients who achieved a complete response (CR) or better, with a median follow-up of 5.8 months at data cutoff.

Ciltacabtagene autoleucel (cilta-cel) may be a durable treatment for patients with relapsed/refractory multiple myeloma. Adam D. Cohen, MD, associate professor at the University of Pennsylvania, discussed its potential in patients who have progressed on 1 to 3 prior lines of treatment and are refractory to lenalidomide (Revlimid).

Cohen discussed data from the CARTITUDE-2 study that evaluated cilta-cel's safety and efficacy that were presented at the 18th International Myeloma Workshop.

“These responses appear to be deepening over time and follow-up is ongoing,” he said. “Of course, what we’re all waiting for is the longer-term follow-up to see if the durability of response is going to be better in this less heavily treated population compared to the more refractory patients treated historically.”

Cohorts B, C, D, and E, for whom data are still under analysis, consist of patients with early relapse after frontline therapy who are progressing after a prior B-cell maturation antigen (BCMA)-targeted therapy, or as consolidation for patients after transplant or induction therapy.

A single cilta-cel infusion was administered to 20 patients 5 to 7 days after the start of lymphodepletion. With a median follow-up of 5.8 months at data cutoff, ORR was 95%, including 75% of patients who achieved a complete response (CR) or better.

The safety profile was consistent with those observed in previous studies, with the majority of nonhematologic AEs being low grade. The most common grade 3/4 hematologic AEs included neutropenia (90%), thrombocytopenia (35%), anemia (40%), lymphopenia (55%), and leukopenia (55%). Grade 3/4 neutropenia and lymphopenia persisted after 60 days in 25% and 45% of patients, respectively.

“A number of mitigation strategies have been implemented in the CAR T program since then, including enhanced bridging therapy to reduce tumor burden prior to infusion early and aggressive treatment of CRS and ICANS, as well as handwriting assessments since microgravity was a presenting feature in some of the patients,” Cohen said.

The implementation of these strategies has significantly reduced the incidence of movement and neurocognitive disorders in the more than 100 additional patients who have been dosed in the time since data cutoff. However, follow-up is still ongoing, Cohen explained.

Cilta-cel continues to be evaluated in a phase 3 study, CARTITUDE-4, in which it is being compared with standard-of-care treatment. 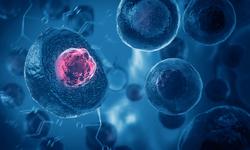