The phase 2 ZUMA-3 trial of brexucabtagene autoleucel showed that it is possible to intervene early to prevent some toxicity, said Bijal Shah, MD, associate member in the Department of Malignant Hematology at Moffitt Cancer Center.

The phase 2 ZUMA-3 trial of brexucabtagene autoleucel showed that it is possible to intervene early to prevent some toxicity, said Bijal Shah, MD, associate member in the Department of Malignant Hematology at Moffitt Cancer Center.

What was the toxicity seen in the phase 2 ZUMA-3 trial of brexucabtagene autoleucel?

I think the good news is most of the toxicity was consistent with what we saw in the phase 1 trial. You know, we saw anemia, we saw thrombocytopenia, we saw, you know, fevers and the like. I think that we did unexpectedly see 1 case of cerebral edema, which was fatal for one of our patients. And, you know, I said this a few times now, with different interviews: It's still really hard for me to wrap my head around. On the one hand, you we have to acknowledge this is a CAR [chimeric antigen receptor] T-cell–associated toxicity. On the other hand, we have to acknowledge it is extraordinarily uncommon.

And the other thing that's really interesting about the brain swelling is, although we classify it as a neurologic toxicity, because it impacts the brain, why is it occurring during what we call the CRS [cytokine release syndrome] phase, meaning that period where we see fever and hypotension or can see hypotension if that occurs? Why is it occurring during that initial sort of phase as T cells are really expanding and doing their job of killing leukemia? So, it's rare, and it's occurring when it's not supposed to, meaning it's been earlier than most cases. And I will just be blunt: I don't think we understand the biology of it, period. And I think that that's something that we all want to be able to understand and hopefully prevent, as we move forward.

One of the things that I was really excited about on this particular trial was the early initiation of tocilizumab and steroids. And, you know, really, we intervened for very low-grade toxicity to try and prevent these kinds of events. I would say that that also underscores the success that we saw as it relates to safety. If you look, overall, we had around 25% grade 3 and above CRS rate, 25% roughly grade 3 and above neurotoxicity rate. And for an adult population with high-burden ALL [acute lymphocytic leukemia], that's also unparalleled, and that's really, really, really good. You know, those rates are not that dissimilar from what we saw in large cell lymphoma, in mantle cell lymphoma, and the like. And so I'm really quite proud of achieving those benchmarks. But again, it's because of the early intervention that we were able to mitigate much of the toxicity.

Interestingly, it didn't seem to come with any impact on response. And so, you know, I tell people, often I said, steroids are fine, just you have to control it. You know, steroids for 2 weeks is probably not fine, but a short exposure to steroids, if you believe the patient needs it, it is probably going to be okay. You're not really going to impair the efficacy of the CAR T-cell immunotherapy. Same thing goes for tocilizumab, where we can’t say there's any impact. And so with very simple measures, controlling the toxicity, we can really improve the course for a lot of our patients.

And if you read between the lines, where we talk about both—where we saw our best responses, but also where we saw toxicity—and if you understand that we were intervening early for that toxicity, you'll see that in spite of early intervention and those who had grade 2 and above CRS, in spite of early intervention for neurotoxicity, you could still see phenomenal expansion, and you can see that that also translated into a higher likelihood of complete remissions. 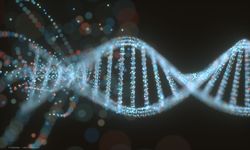