Etranacogene dezaparvovec is efficacious in the treatment of hemophilia B, according to data from the phase III HOPE-B trial (NCT03569891) recently announced by uniQure.

“We continue to be very encouraged by the data generated from the HOPE-B pivotal study of etranacogene dezaparvovec, which have been accepted for presentation at the annual International Society on Thrombosis and Haemostasis congress taking place next month,” Ricardo Dolmetch, PhD, president, research and development, uniQure, said in a statement.

The multinational, open-label, single-arm HOPE-B study aimed to evaluate the safety and efficacy of etranacogene dezaparvovec. The study enrolled 54 participants with severe or moderately severe hemophilia B (no more than 2% FIX activity) that required prophylactic FIX replacement therapy. The study began with a 6-month observation period with standard of care to establish baseline values, after which time the participants received a single intravenous dose of etranacogene dezaparvovec 2 x 1013 gc/kg. Patients were not excluded from the trial based on their pre-existing NAbs to AAV5 and 43% had pre-existing NAbs to AAV5 up to a maximum observed pre-dosing titer of over 3200.

Etranacogene dezaparvovec consists of an AAV5 viral vector delivering a patented Padua variant of FIX (FIX-Padua). A single dose of the treatment was prospectively found to significantly reduce the annualized rate of bleeding requiring treatment by 80%, from 3.39 per year at baseline to 0.68 per year at 52 weeks (P <.0001). The annualized rate of spontaneous bleeding requiring treatment was also significantly reduced by 85% from 1.16 bleeds per year at baseline to 0.18 bleeds per year at 52 weeks (P <.0001).

Investigators found a 96% reduction in use of FIX replacement therapy in all patients during the interventional period. Fifty-two (96%) discontinued the therapy entirely. Of the 2 non-responders, 1 received a partial dose due to an infusion reaction and the second had an unusually high pre-existing NAb titer of 3,212. No treatment-related serious adverse events were observed. No inhibitors to FIX have been reported and no significant association between safety and pre-existing NAb titers has been observed.

“The 52-week data show mean FIX activity in the normal range and increase our confidence in the potential durability and long-term benefits of etranacogene dezaparvovec, bringing us one step closer to our goal of delivering this groundbreaking therapy to fulfill an unmet medical need for patients living with hemophilia B,” Dolmetch added. 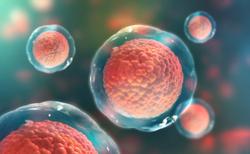