The physician at the Dana-Farber Cancer Institute and instructor in medicine at Harvard Medical School discussed reasons to evaluate cellular therapy in multiple myeloma.

Sperling discussed how the disease biology of multiple myeloma has demonstrated clear involvement with the immune system, and immune escape is an important feature of the malignancy. As such, immune- and cellular-based therapies have been a cornerstone of treatment in this setting, Sperling adds. 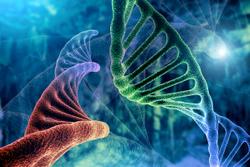