An expert in hematology/oncology discusses the emerging role of gene therapy to treat sickle cell disease.

The second point is that these therapies are experimental. They are the newest approaches to curative therapy in children and adults with sickle cell disease. They were developed because the donor pool was small for individuals who wanted to be cured from sickle cell disease. Specifically, for the gold standard approach, which is myeloablative, matched related donor transplant, which has been in existence for over 25 years in sickle cell disease, you had to have an instantly matched sibling donor. Unfortunately, less than 15% of individuals had donors who met the criteria of being a matched related donor. Thus, there had to be a strategy to increase the donor pool, and gene therapy was the original alternative 25 years ago. There are people who’ve worked in this field for over 2 decades because they recognized that you needed to expand the donor pool. Potentially the best donor would be the patient’s own cells. That’s No. 1. But then No. 2 is this challenge of myeloablative chemotherapy. Apparently, gene therapy and gene editing require myeloablation. As a result, many adults with comorbid conditions of heart, lung, or kidney disease could not undergo curative therapy.

What’s happened in the last decade is that there’s been what we refer to as haploidentical transplant with post-transplant cyclophosphamide. Why is that important? First, this therapy does not require myeloablation. You use a nonmyeloablative preparative regimen, which is much more amenable for adults who have chronic heart, lung, and kidney disease, which many of our adults with sickle cell disease have. Second, the donor can be a half match. Thus, in systematic studies that have been done, not only in the United States but in other areas of the world, the donor pool for patients with sickle cell disease is about 90%. In other words, 90% of individuals who want to have curative therapy, have the availability as a result of having a half match, and that’s typically a parent or it could be a sibling. Or it could be a child of the individual who wants to be cured. Consequently, there’s a much more expansive pool.

Now, when an individual with sickle cell disease comes in, and says, “I want to be cured of my disease,” there’s no longer just a single approach. If you don’t have a matched related donor, you still have these alternative strategies. You have the myeloablative approach, you have a nonmyeloablative approach for a matched related donor. Then, you have the nonmyeloablative haploidentical transplant protocol. I would consider all of these therapies that I just mentioned to be experimental. They should be done in a clinical trial setting with a data and safety monitoring board to address safety and utility of the clinical outcome. I would discourage single center trials as a strategy unless there are high levels of oversight and the benefits clearly outweigh the risks compared to the existing trials available at clinicaltrials.gov. 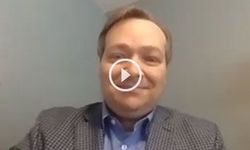