Unraveling the Genetics of Glaucoma

Many genes and polymorphisms have been identified as being associated with glaucoma, predicting progression, identifying those at increased risk, and allowing treatment to be optimized.

During the past few years, we have witnessed great progress in the field of molecular genetics, mainly due to significant advancements and cost reductions in genotyping technology.

As a result, the number of genetic studies being undertaken in many fields of medicine, including ophthalmology, is rapidly increasing, leading to the discovery of new disease-related genes and genetic loci.

Identifying the genetic background of a disease is of great importance for improving our knowledge about biological pathways that contribute to disease pathogenesis and developing new DNA-based methods of diagnosis, risk assessment, and treatment.

Glaucoma genetics
Glaucoma, which is the leading global cause of irreversible blindness, is a multifactorial disorder resulting from a combination of genetic and environmental factors.

A series of genes and polymorphisms has been associated with the disease and the pattern of inheritance may vary.

For instance, Mendelian inheritance is typical for rare early-onset disease, whereas complex inheritance is responsible for the common adult-onset forms.1

The most common Mendelian forms of primary open-angle glaucoma (POAG) are caused by mutations in the myocilin (MYOC) gene, which have a prevalence of 2% to 4% in POAG patients.2

However, the effect size of each one may be minor and collectively they explain only a small fraction of POAG heritability.4

Apart from variants directly linked to the disease, many genetic loci have been associated with risk factors for POAG, such as intraocular pressure (IOP) and cup-to-disc ratio.

It remains unclear what role these loci play in the disease, because many of them do not demonstrate an association with POAG.4

Regarding exfoliation glaucoma, it is highly prevalent in some populations, which could imply a specific genetic background.

However, as an analysis in the Thessaloniki Eye Study showed, gene variants of LOXL1 do not help to identify those with exfoliation who are at increased risk for glaucoma development, because they are similarly and strongly associated with both exfoliation syndrome and glaucoma.6

Risk calculators are useful tools for clinicians because they can provide more personalized risk estimations.

Genetic factors are already included in some calculators for age-related macular degeneration (AMD)8,9 but are not really used in clinical practice because no preventive intervention has been established for early AMD.

In glaucoma, preventive measures can be taken only for patients with ocular hypertension: the risk calculator developed by the Ocular Hypertension Treatment Study and European Glaucoma Prevention Study groups has helped clinicians treat patients at high risk of developing glaucoma.10

Genetic screening for glaucoma
Early detection of glaucomatous damage is of paramount importance to patients and great efforts have been made to develop effective screening methods.

However, it has been suggested that the additional yield of periodic POAG screening is lower than expected from published prevalence data.11

There may be drawbacks related to the use of genetics as a screening approach for evaluating the risk of developing a disease.

We should be cautious about counselling patients who are at risk but not currently affected, because socioeconomic, psychological, and ethical issues may arise.

Applying genetics to risk assessment of glaucoma progression could contribute to the improvement of patient management.

A 2015 study investigated whether known genetic loci for POAG are associated with visual field (VF) progression in patients from a Singaporean Chinese population.

A variant in the TGFBR3-CDC7 region was associated with 6.7 times increased chance of VF progression in POAG patients with 5 or more reliable VF measurements.12

However, the results need to be replicated in other independent cohorts.

Overall, it appears that genetics may be more relevant to manifest glaucoma management, having a role in predicting progression or rate of progression, identifying those at increased risk of becoming visually impaired, and optimizing treatment with targeted therapy.

This contribution would meet the aim of glaucoma management, which is to maintain the patient’s VF and related quality of life at a sustainable cost.2

Recent developments
Progress in the field of genetic discoveries is remarkable and new data are emerging constantly.

These developments are clearly promising and lead the way to personalized patient management.

However, at present, clinical application of genetic testing for glaucoma is justified only for selected cases and further research is needed before comprehensive genetic risk assessment and targeted gene-based therapy can be achieved. 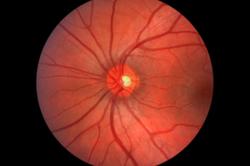 First Patient With Retinitis Pigmentosa Dosed in Trial of MCO-010 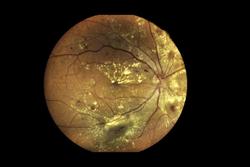